The Twilight Saga: For Love or Money?

I have been following the Twilight Saga since Twilight premiered in 2008.  I see "Robsten" as purely a promotional tool.  Their "love story" followed the books practically to a tee.  However, it has ramped up with the fairly recent events of Kristen Stewart and Rupert Sanders.

So alot of people screamed and yelled and threatened and rightly so.  Cheating should never be used to manipulate mass groups of people.  So within a few months we get a photo like this today: 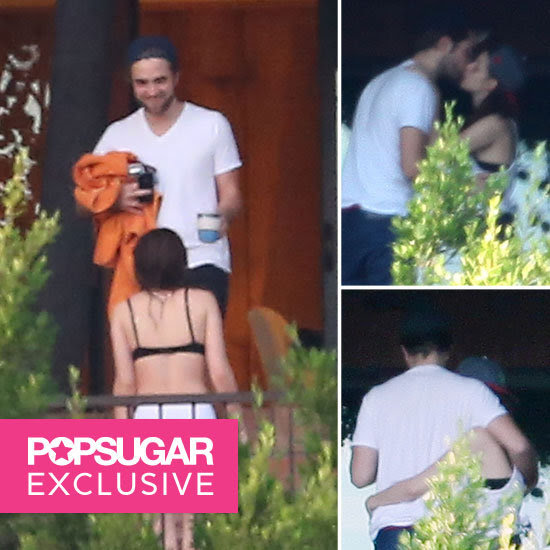 These photos have also made people act insensible.  Let me tell you something then you can think whatever you want.

When Summit acquired Twilight they had no parent company to ask for money for productions.  So they had to find a way to make their own money.  So what did they do?  They looked at what the fans wanted/liked the most:  The love story between E/B.  The fans wanted Edward and Bella to come to life and no matter how that happened.  it was going to and has happened.  Twilight made Summit more money in total than the first 5 films Summit did.

The one thing people don't realize is as a human beings we are ruled by our emotions and our default emotion is love ( I love this, I love that...I have to have it) so Summit knowing that Robert and Kristen are not together in real life suggested to the public that they are.  "Robsten" has always followed the books.  In Twilight, Edward and Bella meet Edward wanted to kill Bella but loved her anyway.  So Rob and Kristen meet and Rob had an "instant attraction" to Kristen even though being told by Catherine Hardwicke he couldn't be with her because she was underage.  (Never mind that she also had a boyfriend and seemed more attracted to Nikki Reed anyway)

In New Moon, Edward leaves Bella for her safety.  So Bella turns to Jacob.  She then goes and saves Edward from the Volturi.  Rob goes off to film Remember Me and Kristen is still with Michael.  However, she realizes her "true love" and goes to Rob at his Remember Me premiere. 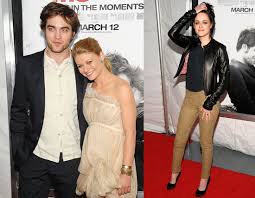 In Eclipse, Bella must choose between Edward and Jacob and everyone fights together to save Bella from Victoria.  Recently, we have seen Kristen be caught with a married man.  (Bella kissed Jacob and now Edward is fighting back) Well since it would appear to be set up and Summit can't have their "epic lovers" looking like a set up. Rob went and did his promo for Cosmopolis and was asked by everyone and their brother how he was feeling.  He shared ice cream with Jon Stewart and did other hilarious things on his promotional commitments.  During this time, it was widely rumored that they shared a home.  Let me ask this:  Why would Kristen need a home of her own?  http://realestalker.blogspot.co.uk/2012/10/kristen-stewart-gets-home-of-her-own.html   Simple.  She never lived with Rob in the first place.

Why would a person who claims to be so fiercely private allow photos that were taken by a pap and SOLD to a media publication?  Easy.  They are playing the narrative of everything is fine in E/B's world as it is in R/K's.  Someone also had to have the paps on speed dial.  These photos were taken at I'm assuming HER home.

So now everyone is angry or happy depending on what they believe to be true.  Just remember emotions trigger impulses.  Hollywood is the master at triggering impulses.  Impulses make HW alot of money.  The fans got what they asked for.  They just didn't think they were going to get screwed over in the end.  Enjoy the films for what they are.  Entertainment.  If Rob and Kristen go their separate ways at the end of this and end up with different people, be happy for them.  They are continuing on with their lives.  If one or both of them continue on in HW and you wish to be a fan of that person's career.  Then by all means do so but do so in a positive way.  These two people are people, not puppets.  They are not here to make your world a better place.  If you want your world to be a better place then YOU must be the change in your world that you wish to see.

If you feel that you were mislead by one or both of the actors and you choose to dislike them because of your feelings.   They get paid to mislead you.  Their job is to make you believe something that is not true. Do not hold them personally accountable for it.

When all this ends and whatever happens to the actors happens.  Just remember that a studio that was not so financially well off was asked by the fans of a film to essentially lie to them so they could feel better.  Do not blame anyone for your feelings except yourself.  Your feelings and the way you handle situations is the only thing you have control over in this fandom.

Posted by Parisienne at 6:43 PM